Everything Is Wrestling: Drake vs. Meek Mill

In Everything Is Wrestling, we take pop culture and relate to pro wrestling

If you’ve been living under a rock, or you’re just not a fan of hip-hop, rappers Meek Mill and Drake have been involved in a Summerslam style feud over the past couple of weeks.

It all started when Meek Mill called out Drake over having a ghostwriter and not writing his own raps.

Stop comparing drake to me too…. He don't write his own raps! That's why he ain't tweet my album because we found out! 😁

In wrestling terms, it’s like when a wrestler complains that another wrestler can only survive with the help of his manager/stable (I.E: Seth Rollins and The Authority) 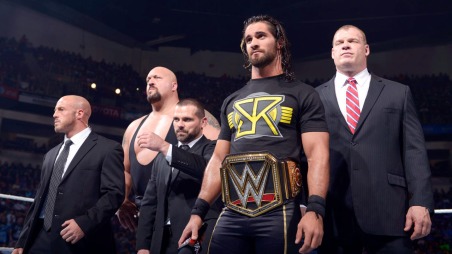 In addition to that, Meek Mill isn’t a fan of Drake’s relationship with Mill’s girlfriend, Nicki Minaj (Who also has wrestling ties)

In wrestling terms, it’s like when a wrestler with a valet gets jealous of another wrestler “eyeing” his woman, despite the other wrestler having no intentions of taking the woman. (I.E: The Mega Powers Explode) 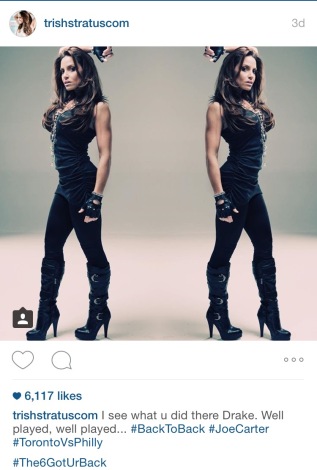 No word on how Bret Hart felt about this.

#Canada If you had to choose between Meek Mill and 1997 Shawn Michaels, who would you choose? pic.twitter.com/bgCIIuELpR

But we already know that Bret Hart has a plan for Meek Mill, if he ever needs to step in. 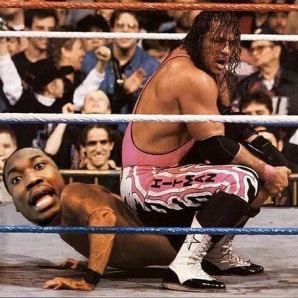 So, how did Meek Mill respond? Meek decided to wait a few days, then take a page out of one of the most respected wrestlers and legends in the industry, The Undertaker!

Now, we don’t consider ourselves hip-hop experts. We know our basics. We follow the Jay-Z’s, the Eminem’s, the Adam Warrock’s, etc. And we know bad wrestle rap (R-Truth) from good wrestle rap (Anything that’s not R-Truth) But we can’t support this.

Meek, in the world of wrestling, you did everything right. You called out your opponent, you antagonized the crowd, you even got banned from a province!

You're no longer welcome in Toronto, @MeekMill.

…The REAL Legal Team. Not David Otunga. But that’s a lot of unnecessary feuds, Meek Mill! Who do you think you are? Kevin Owens?

Besides, The Undertaker already dropped the dopest rap track in 1993. And over 20 years later, it’s still fire.

Meek, your feud with Drake may not be over, but leave the wrestling samples to the Warrock’s and the Wale’s. Because take it from Brock Lesnar, the last thing you want to do is piss off The Undertaker!

Also, Trish Stratus likes Drake. Unless you’ve got Lita in your corner.

3 Responses to Everything Is Wrestling: Drake vs. Meek Mill