In Snapshots, Three Man Booth searches for images to share.

The WWE Universe’s collective opinion on Tough Enough, the WWE’s returning reality competition show where you pick the next WWE Superstar or Diva, is mixed. It could be because the track record of the series – in whatever incarnation – is spotty at best. After all, two of the more successful Tough Enough alumnae are The Miz, who is not well-liked, and Cameron, who is definitely not well liked (by us!). 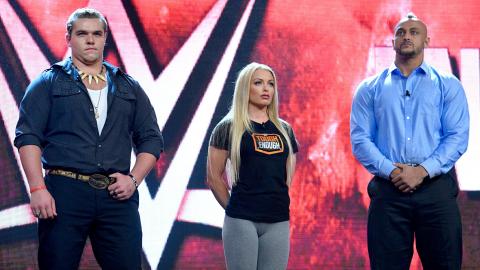 Or it could be that the current season of Tough Enough uses Twitter to determine who gets eliminated each week; some of the contestants with the most in-ring potential, like Patrick and Mada, have been cut because other contestants – like the loveable ZZ – are more Twitter friendly. Mada, in particular, got eliminated because The Miz – as a judge – chose to save Amanda.  The votes revealed that she was clearly in third place and was going to be eliminated. His reasoning behind the save, “She’s hot!” 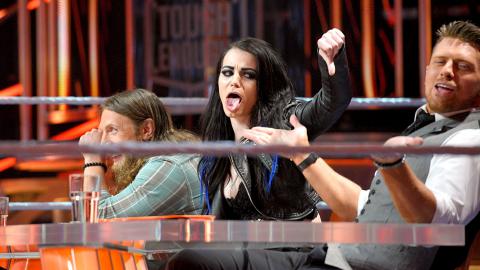 But Twitter isn’t all bad (We Tweet on Monday Nights!). Tough Enough’s co-host with the most, Renee Young, has been able to use Twitter for good while giving us a reason to tune in to the start of the show every Tuesday.

Our very own @KeepItFiveStar made a suggestion:

So, what did Renee choose? First, we watched Renee Young “Whip:”

Then, we watched Renee Young do the (newly renamed) “Renee Nae:”

Much to the delight of the WWE Universe!

Thank You @ReneeYoungWWE for hittin that Renee Nee! And throwing in the whip! #ToughEnough 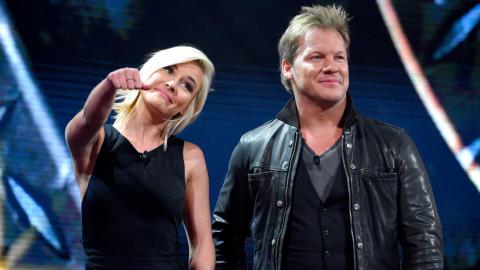 Thank you, Renee Young, for giving us a reason to pay attention to Tough Enough, from the very start of the episode to the very end. Also, thank you to Paige and Naomi for teaching Renee how to Whip / Renee Nae accordingly.

Tune into to Tough Enough for the vote that really matters!