Everything Is Wrestling: Hotline Ring

In Everything Is Wrestling, we take pop culture and relate to pro wrestling

It seems like Drake can’t get away from the pro wrestling world. In the summer, Drake made headlines when he went Back-To-Back with Meek Mill and won.

Months later, Drake made headlines again with the music video from his latest single, Hotline Bling.

The internet had a field day with Drake’s video. But just when we were about to move on to making fun of someone else…Here comes Grado. 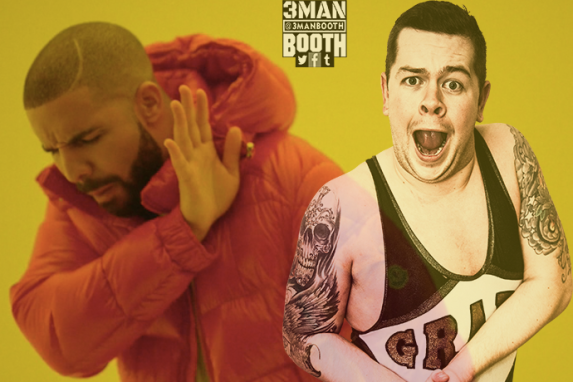 If you’re not familiar with Grado, he is a pro wrestler from the UK, who has won over the hearts of many fans with his unique, comedic style of wrestling and his catchy dance moves and entrance.

Whether Grado wins or loses, he loves entertaining the fans, no matter what the situation. Which means it should come as no surprise that at the AIW Event, No Sleep Til Brooklyn (Ohio), before his match against Tracy Smothers, Grado decided to add singing to his repertoire by performing Drake’s Hotline Bling for the AIW fans in Brooklyn (Ohio).

And while it did not work out for Grado, we love him so much for doing this, that here’s the clip from another angle.

Just wait for the internet to make fun of him again.

1 Response to Everything Is Wrestling: Hotline Ring