In Highlight Reel, 3MB will check out funny and interesting videos

The WWE is on a European tour right now. And with every tour, there’s some down time. As of late, the rulers of the backstage antics have been The New Day. They threw down the gauntlet and only one team accepted: Team B.A.D!

Naomi getting her hair slayed! So we called in a back up @WWECesaro #BTE #WWEPortlandME pic.twitter.com/J46aQa7ehk

Sasha Banks, Tamina, and Naomi are having fun both in and out of the ring. Like The New Day, their bond grows with each passing day. Also like the New Day, these Divas have taken their backstage antics to another level. 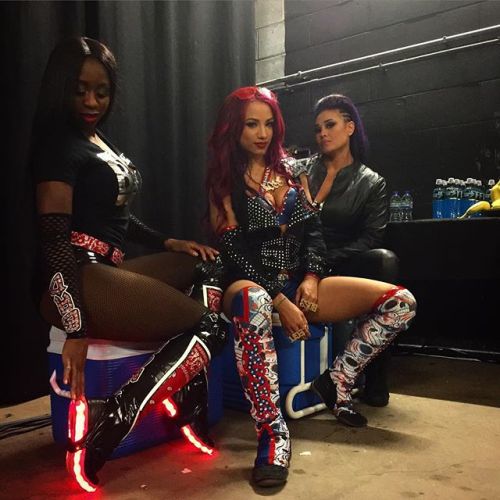 Sasha, Naomi and Tamina are living up to the acronym B.A.D. They’ve gave new meaning to the word (Beautiful And Dangers) and, by channeling the King of Pop, they’ve added another meaning to their name.

And the WWE Universe has to answer right now just to tell you once again: Who’s B.A.D.?