Posted on October 29, 2015 by keepitfivestar

I know there was no RAW Recap last week, so here’s what happened on RAW in a nutshell.

Stone Cold Steve Austin returned to introduce The Undertaker and do a podcast with Brock Lesnar about trucks and bad decisions.

Ahhhh the sweet sounds of broken glass to open #RAW 😍

Hearing the glass shatter to start off #RAW… pic.twitter.com/HmoZkJWkyO

Yeah no matter how old I get, when I hear the glass shatter I get hype.

That was the best pizza eating on Monday Night #Raw since the heyday of Bastion Booger. #WWE pic.twitter.com/1jwv2xJwsS

Ric Flair also returned to let the world know that Roman Reigns is his friend.

What kind of old school NXT rookie/coach match up is this? #WWE #RAW

Kevin Owens continued to be awesome.

Mark Henry is crazy athletic. The hips he got for that pop up powerbomb was insane!

Legit upset Mark Henry lost. I knew I should've expected it, but come on

Renee Young grilled Paige and almost got beat up for it.

And The Shield reunited to face The Wyatt Family!

Now onto this week’s show.

The Authority kicked off RAW by praising Seth Rollins for beating Kane at Hell In A Cell and overcoming every obstacle The Authority has thrown his way. Triple H called Rollins a future Hall Of Famer and admitted he was proud of Seth Rollins, which made Rollins respond with a hug.

"We're proud of you." – Anyone else want to make that their personal ringtone? #RAW

After the praise was over, The Authority announced a series of matches tonight featuring the non-Brock Lesnar winners from Hell In A Cell. The matches are Roman Reigns vs. Kofi Kingston, Cesaro vs Kevin Owens, Neville vs Alberto De Rio and Dolph Ziggler vs. Big E. The winner of those matches will go on to face each other in a Fatal-4-Way to determine the number one contender for Seth Rollins’ World Heavyweight Championship.

Rather than wait his turn, Roman Reigns came down to the ring to let The Authority know how ridiculous their praise of Seth Rollins was. This lead to Reigns competing first against Kofi Kingston of The New Day.

DONT YOU DARE BE SOUR, ROMAN! New Day is here!

Before the match, Kofi Kingston and Big E. Declared Roman Reigns as “booty”, not “on fleek” and put their horns up for their fallen unicorn brethren, Xavier Woods.

UNICORN HORNS IN THE AIR, Y'ALL!

Roman Reigns is going to try and murder a Unicorn tonight, guys. That's a crime. #RAW

Despite the declaration, and distractions…

That's no way to treat a unicorn, Roman Reigns! They're magical! #RAW pic.twitter.com/zFAun8H65K

The #CesaroSection in San Diego is hype! Respect. #RAW

But Kevin Owens advanced after this superkick…

And a Pop Up Powerbomb.

Can't they both win? #RAW

WHAT A KICK TO THE FACE!! #RAW

I hope ADR never wins a match with the same move twice. #Raw

In the final tournament match, Dolph Ziggler defeated his former bodyguard, Big E to advance in the Fatal 4-Way. During the match, Tyler Breeze made an appearance.

And so did the VIBreeze room.

Tyler Breeze and Summer Rae look like they're on an episode of Singled Out. #RAW

"hey there we wanna pitch this new kids show on PBS it's like romper room or sesame street but fashion" #raw pic.twitter.com/E8kT3ApwST

As for the Main Event, The Fatal 4-Way stole the show. There were lots of kicks.

Roman Reigns is going for the High Score, hitting everybody! #RAW #Fatal4Way

A trip to the Canadian version of Suplex City.

OWENS PIN SOMEONE OWENS COME ON

DAWG THE COMBO ON DEL RIO

That was a damn good main event!

This has legitimately been a raw with entertaining wrestling👌🏽

When you take time off from #RAW, then see that everyone is doing fine without you. #Fatal4Way pic.twitter.com/bckXgkcSqX

Looks like we’ll be seeing Roman Reigns vs. Seth Rollins in the near future. 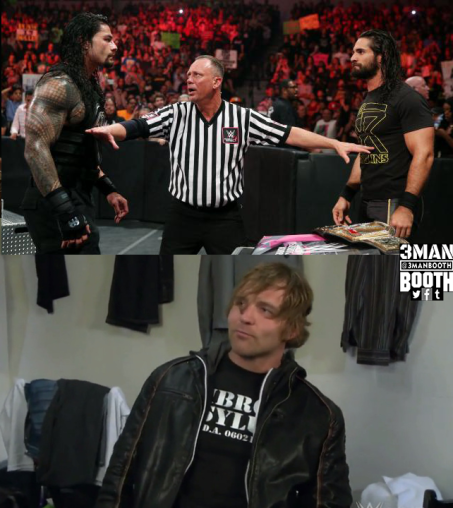 Bray Wyatt claims he has The Undertaker's soul on #RAW. pic.twitter.com/GjGNw3GlgK

This led to The Undertaker’s brother, Demon Kane to come down to the ring and confront Bray Wyatt.

You couldn't come out to help last night, Kane?

But where was your ass last night, Kane? #WWE #RAW

WHERE WERE YOU YESTERDAY, KANE?!?! #RAW

The rest of The Wyatt Family quickly came to Bray’s aid, and although Kane held his own, he was taken down and dragged away by The Wyatts.

No one coming to save Kane, we kind of understand. Corporate Kane / Demon Kane: they're both jerks! #RAW 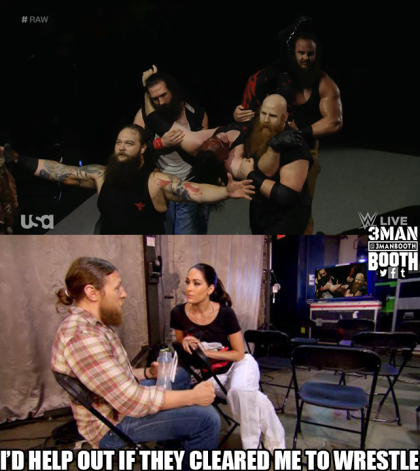 King Barrett on #RAW after winning that match: pic.twitter.com/Dvvip4xRaA 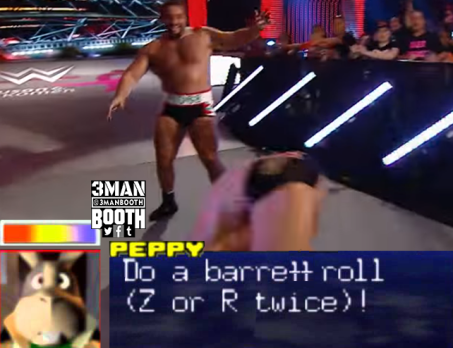 After the match, Paige turned on Becky Lynch and Charlotte again, once again declaring this is his house.

What did Becky do to deserve such foul treatment? #WWE #RAW

when your dad finally comes hone from work and he owes you an ass whooping pic.twitter.com/Ie6luh81DH

And then, after plugging #WWE2K16, Stone Cold stunned EVERYBODY! #RAW pic.twitter.com/cZc2yUdpXw

So, is there a #StoneColdPodcast tonight? #RAW

And speaking of WWE 2K16. I’m off to play that. Enjoy and see you next week!