Posted on October 2, 2014 by keepitfivestar 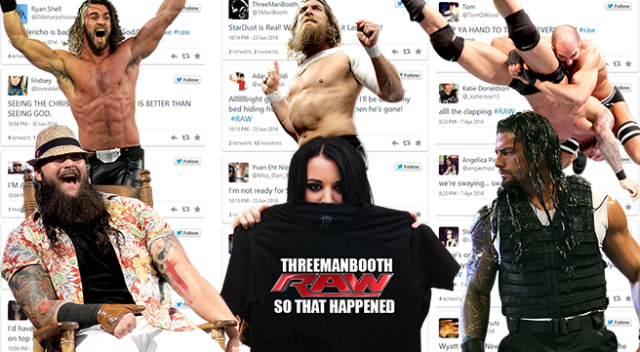 Hey, guys! It’s been a very busy week for the Booth, so we’re unable to give you the RAW Recap the way we usually do. However, based off the WWE’s Top 10 RAW Moments Of The Week, we decided to do an Abridged Version of the Recap, still featuring the gifs, memes and tweets that you love. Let us know what you think! 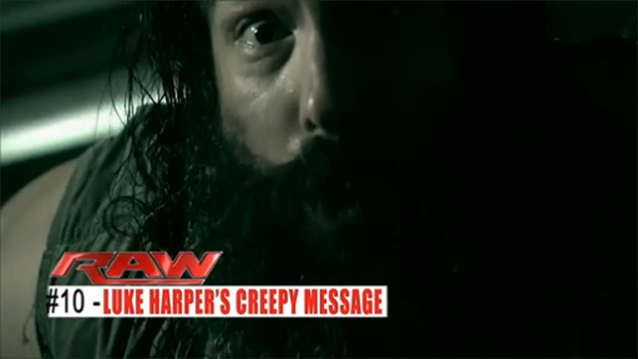 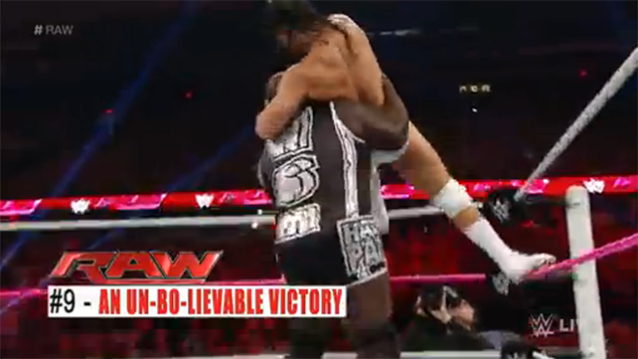 Bo Dallas did NOT get his wig split

I stand corrected, Bo Dallas DID get his wig split 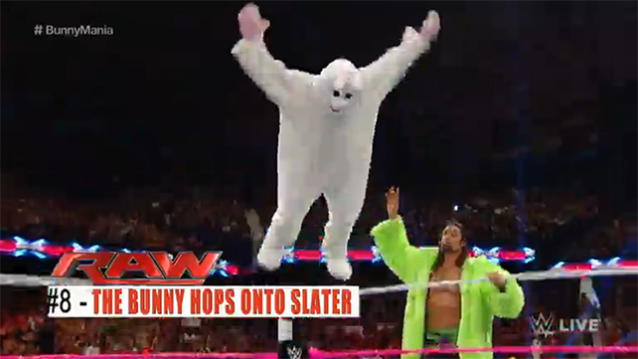 On a long enough timeline, all of your real life heroes will end up raising the hand of a man in a bunny suit on Raw. 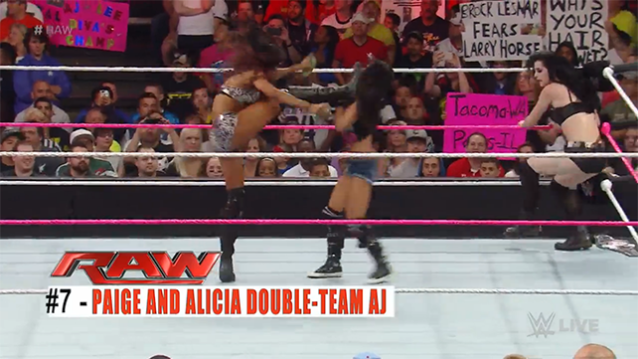 The soda is back! #RAW 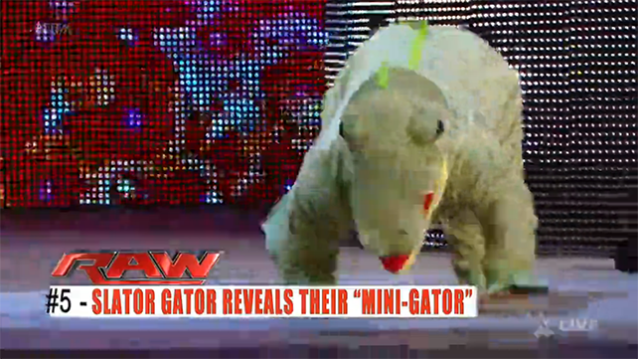 They have a Gator. Lol. 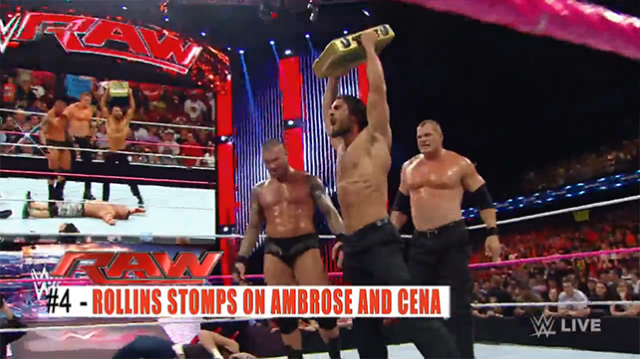 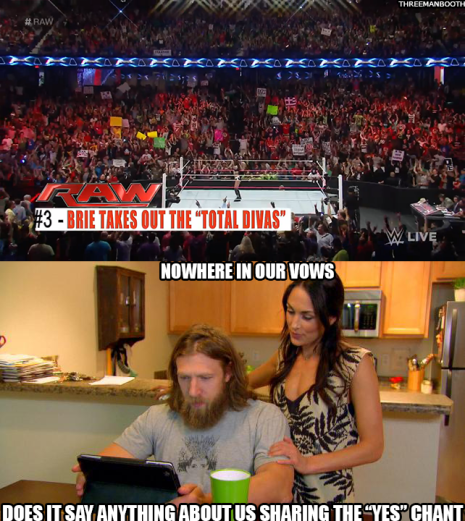 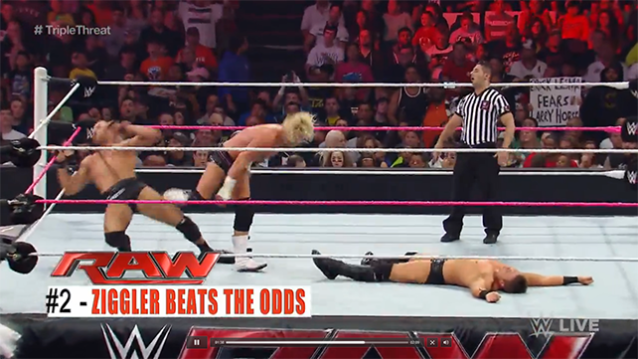 Love how much Dolph is defending the IC title. Gives him and the belt a big shine while Brock sits out with the main title.

#RAW WHAT A ONE HANDED BACKBREAKER BY CESARO!

Man a slingshot in the yambags……geeeez #RAW

Cesaro dropped that double boot stomp from the stratosphere

That's a new one? A Ziggler kick? Ha #RAW #LowBlows

still not over that kick Ziggler gave Cesaro tho. my face hurts for him, lmao. Hey, Seth – you can't do that on television. #RAW

I guess Marc Summers is guest refereeing the next Rollins/Ambrose match. #RAW

#RAW Big Show just yanked the Russian flag to the ground, there goes the Russian market for the WWE Network. 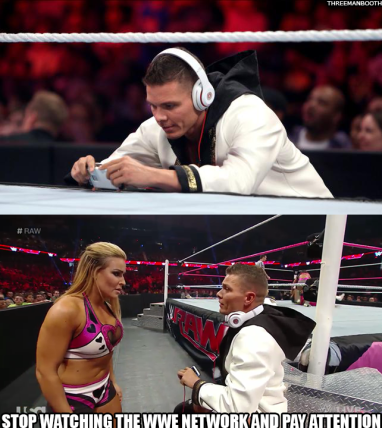 Tyson Kidd is on Tinder, ain't he. #ScumbagTyson #RAW

.@gilltron5 Tyson Kidd is rocking iBeats that he got at TJ Maxx

"They sent the cruiserweight division out to get me!" OMFG AMBROSE 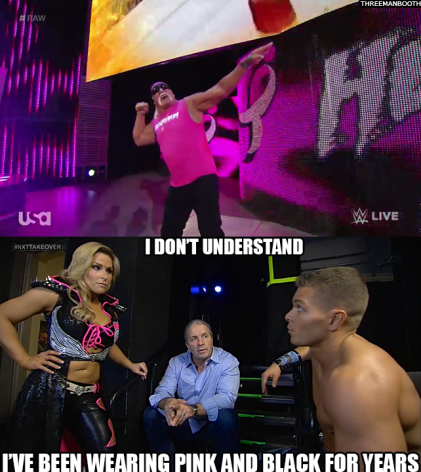 This is what Hogan came out for? Dressing like Bret Hart and telling us about breast cancer? #RAWChicago

This is like the opposite of when Hogan went to the dark side. #YouKnowWhatAManInPinkIsCapableOf #Raw

Anyone else rip open their parcels like Hulk Hogan rips shirts? Just me?