Posted on October 11, 2013 by 3mbooth
3MB wants to Highlight The IWC; No Not that IWC. The Illustrated Wrestling Community

New York Comic Con 2013 is this weekend. The celebration of all things pop culture, showing the best in comics, horror, videogames and collectibles is taking over the Jacob Javits Convention Center. Wrestling is certainly being celebrated there: Superstars like Sheamus and Legends like Hulk Hogan will be singing autographs and taking pictures this weekend. 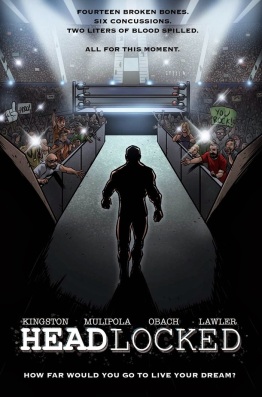 The Kickstarter funded  Headlocked Comics, will be at NYCC as well. If you are already supporting The Last Territory, then swing by Booth #1278 to get updates on the process, from donation to delivery, from creator Mike Kingston. If you didn’t know about this comic before, then swing by Booth #1278 to start on the ground floor: pick up the first volume, A Single Step, and grab the Kickstarter exclusive t-shirt designed by GIMICK$! Wrestling Tees.

But everyone should swing by the booth, not just to check out the comic but also to meet Jerry “The King” Lawler. He’s been on board with Headlocked since day one (He did the cover for A Single Step) and will be there taking photos, signing autographs and doing sketches. You can also get his thoughts on the three man booth. No not us (he loves us); but how does he feel about working with Michael Cole and JBL on a weekly basis? Either way, Booth #1278 seems the place for wrestling fans to gather and celebrate.