Our New York Comic Con tradition continues! Not only do we catch up with old friends, but we find out more about new wrestling comics, get the latest updates on newer comics like La Mano del Destino, and  Headlocked, one of our favorite wrestling-based comics, made dreams come true by uniting these two peeps at their booth.

But what would New York Comic Con be without cosplay? And there were many amazing cosplays this year, of some of our favorite things: 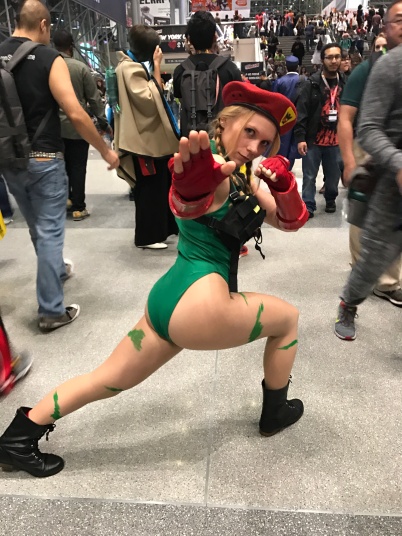 And of course: Gravity Falls

But what kind of Booth would we be if we didn’t find the cool wrestling cosplay? Thankfully, there was a lot of wrestling cosplay this year. And with the help of the Three Man Booth elite (Drew and Khristen), we were able to capture some of the best wrestling based content at NYCC. Isn’t that right, Rey? 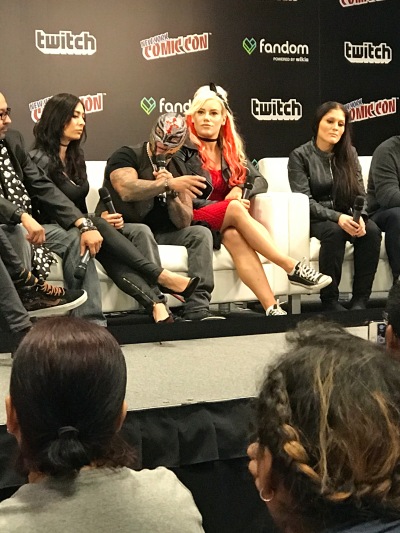 Now onto some of our favorites: 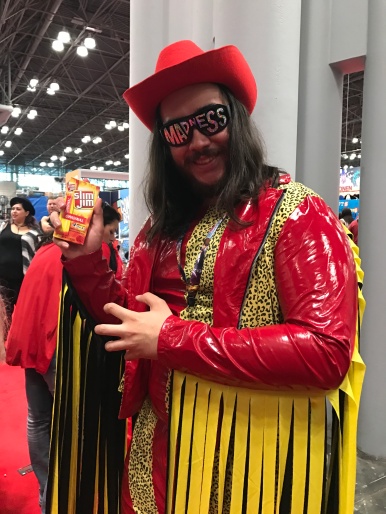 Bonus points for the Slim Jim

Nobody cosplays better than The Boss (Courtesy of Drew)

We have plenty more cosplay on Facebook and Tumblr pages, so check out all of the Broken Brilliance there.

Thanks again for the memories, Comic Con! We’ll see you and your army of  Harley Quinn’s next year. Have a nice day!