TJ Perkins or TJP as he likes to be called, is a controversial Superstar in WWE. Last year, TJP won the Cruiserweight Classic through  hard-work, determination and dabbing.

This year, TJP was able to show off more of his personality. His entrance changed to a jaunty 8-bit video game tune, he wore nerdy glasses, and he kept dabbing.

Recently, TJP has embraced the hate as he’s gone from cool nerd to Neville’s apprentice. But thanks to this meme from The Wrestle Nation, we now see TJP as another strong anime character who was loved, but is now despised. 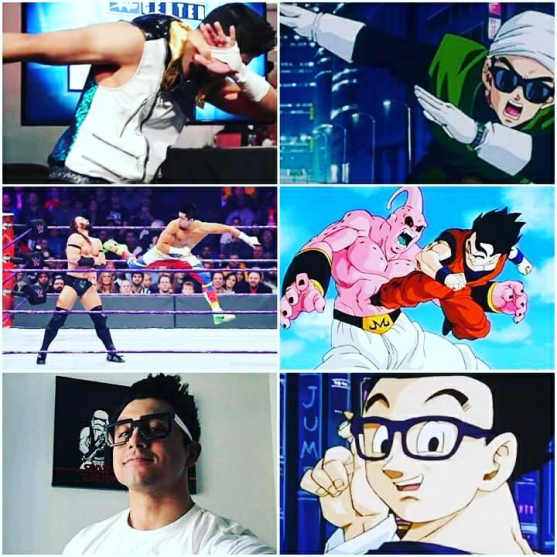 On the plus side, if TJP is Gohan, this makes King Neville a direct ringer for Gohan’s trainer, Piccolo.

Which we think works out as well.