In Highlight Reel, 3MB will look at funny and interesting wrestling videos

It’s been a year since the Ultimate Warrior passed away. The manner in which it happened –  a spectacular Wrestlemania 30 weekend where Warrior made his return to the WWE,  got inducted to the WWE Hall of Fame, addressed the controversy that embroiled his career, embraced by the 75,000 fans in the Superdome, and donned the Ultimate Warrior signature colors and robe on RAW, proclaiming that the spirit of the Ultimate Warrior will live on forever  – felt magical. 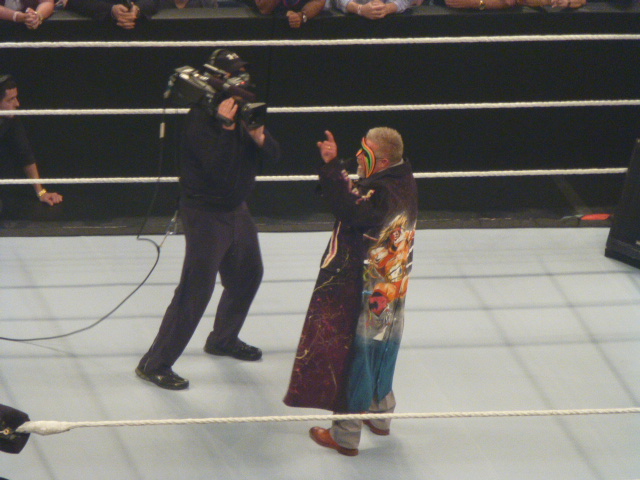 We were there. He was there. And then, he was gone.

Warrior’s words are very true; he may be gone but the Ultimate Warrior is still with us. So when this Ultimate Warrior joked appeared in the movie A Bag of Hammers, we laughed more than we cried.

Because Warrior was right! At WWE Axxess during Wrestlemania 31 weekend, there was an exhibit featuring the Warrior’s iconic ring gear, including that Rob Schamberger designed jacket worn on that RAW after Wrestlemania 30.

There was also a statue of the Ultimate Warrior; it was at Axxess and at the Hall of Fame Ceremony. It was part of the ceremony for the Warrior Award given to Connor Michalek.

So his spirit really does live on. And also, he would win in a fight. The only person who might be able to beat him? Connor The Crusher.