3MB wants to Highlight The IWC; No Not that IWC. The Illustrated Wrestling Community

For most of us, watching RAW is enough. Those 3 hours can fly or be way too long when trying to follow the on-goings of World Wrestling Entertainment. Some people Tweet RAW on top of watching; the best are members of our Twitter List, like KeepItFiveStar. But the tag team of Zak Kinsella and Aubrey Sitterson are specialists when it comes to Monday nights. 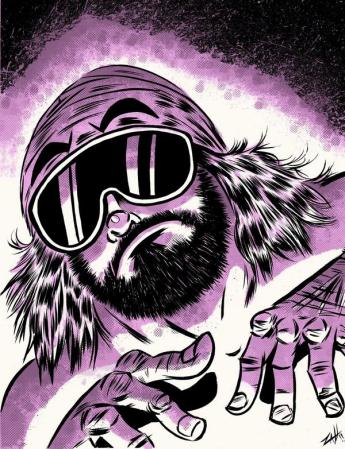 Not only does Zak tweet RAW but he also shares his artwork on Twitter during RAW. He often posts some of his sketches and commissions at that time. During one RAW in particular, Zak made card-size sketches of Superstars like, Daniel Bryan, Enzo Amore, Cesaro, Paul Heyman and Dolph Ziggler:

While Zak shows off his fandom in pictures, Aubrey is busy preparing his words. Not only is Aubrey juggling multiple conversations during RAW, he’s also preparing for his post-RAW show Straight Shoot. There, he and a guest or two break down the RAW we all just watched or whatever wrestling topic is worth discussing that week. 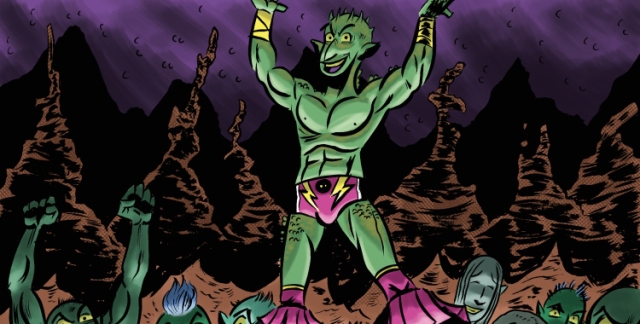 When these MegaPowers combine, they form King Maul, a new webcomic about… well, we don’t know yet. What we do know is that the 5 page preview includes a chant for “Wrest! ling! Wrest! ling!” So… we’re sold.

King Maul will update twice weekly. Meanwhile you can keep up with Aubrey and Zak via Twitter. Plus, as an added bonus, our KeepItFiveStar will be making a return to Aubrey’s Straight Shoot after RAW this Monday! He’ll be joined by Peter Rosenberg of The Cheap Heat Podcast and other non-wrestling things.