Posted on December 9, 2014 by keepitfivestar

In @11:05, 3MBooth and the 3MBoothiverse has fun with a wrestling hashtag

Last Monday, RAW had their Annual Slammy Awards which rewards WWE Superstars by giving them awards for Match Of The Year, Superstar Of The Year and the ever so coveted LOL Moment Of The Year.

Since The Slammy’s returned this year, we decided to have a return of our own. It’s the return of HASHTAG WAR(Games)*

This is a totally original, and not @midnight-esque thing (Please don’t sue)*

There are many Slammy Categories, but not every category is a winner.  So today, we’re highliting the best #RejectedSlammys.

Here are some of the best #RejectedSlammys from you, the 3MBoothiverse! Let’s get started.

Anyone who doesn't win a #Slammy on #RAWTonight gets a participation ribbon. #RejectedSlammys 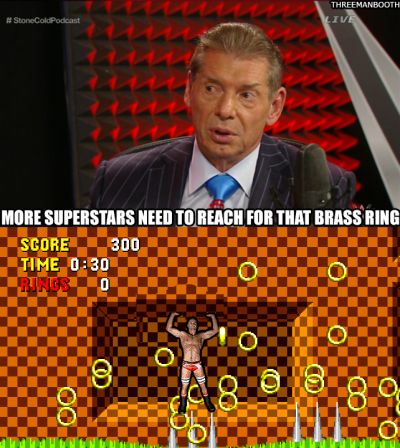 @3ManBooth Feud of the Year- UK vs WWE Network, Cesaro vs Brass Rings, RAW vs Sleep, Silverdome vs Superdome #RejectedSlammys

Nominees for "I Wish I Could Turn to Nitro" Award: Hoda & Kathy Lee Larry the Cable Guy The Bunny Network $9.99 song #WWE #RejectedSlammys

Aka Batista "@3ManBooth: #RejectedSlammys The "Best Argument for Denim" Award aka Wrestlers in Jeans / Jorts"

So what did people think of the hashtags?

This #RejectedSlammys tag is gold

Terrific! Also, what’s a Hashtag Wargames without a few jabs at Michael Cole 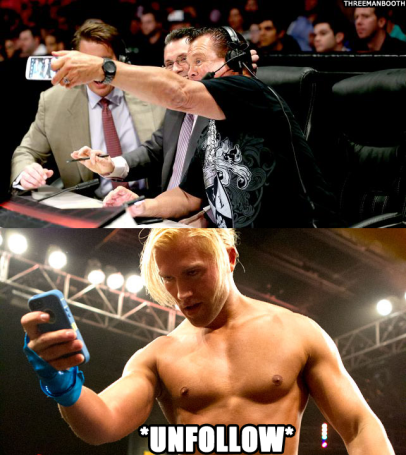