Santa with Muscles: The Bookend

In Santa with Muscles, ThreeManBooth talks about Wrestling related
items that may make great gifts during this Holiday Season.

If you’re still looking for a gift for a wrestling fan in your life, don’t worry, there’s still time.  Just go down to your local gas station or 7-Eleven. Pick up a pair a socks and a black marker. 5 minutes later, Boom! Mr. Sockos for everyone! Just kidding, socks are the Curtis Axel of presents. Here are a couple of books that are available as digital downloads you can grab today. 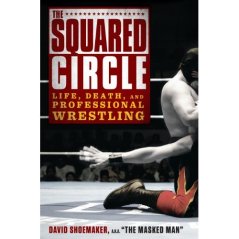 The Squared Circle: Life Death and Professional Wrestling by David Shoemaker aka The Masked Man. Shoemaker, a featured columnist on Deadspin and Grantland, transforms his popular Dead Wrestler of the Week articles into a full concept: the history of professional wrestling is chronicled through the eulogies of some its integral figures. The interest in pro wrestling is not limited to the feats in the ring; Backstage, on the road, fan interactions all make up wrestling’s ever-lasting appeal. Because of this, the people in these stories learned to not let facts get in the way of a good story. Shoemaker gives us a common voice, a trustworthy voice, that’s able to extract the truth from myths that have grown into legend. The book’s format, each chapter is a eulogy of a wrestler, gives the reader two ways to consume it. Reading by chapter may make the book seem redundant: key moments in wrestling like the Rock N’ Wrestling Era of the 80’s (when Vince McMahon went national with the WWF, thereby eliminating the territorial system), or the Attitude Era of the 90’s (when the WWF and WCW feuded live and sometimes live to tape on Monday nights) involve a lot of the same players, each either contributing to or affected by these developments. Shoemaker provides this information to give the fullest view of history for all possible. If you are or know a wrestling fan looking for a better understanding of professional wrestling, then The Squared Circle will be a cherished book in the collection. 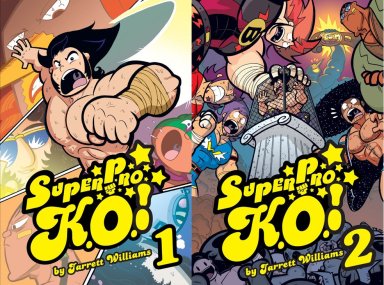 We’ve mentioned Super Pro KO before: it is one of our favorite wrestling themed comics to ever come out. Adam Warrock even wrote a song about it. In the same way Shoemaker’s love of wrestling comes through in his words, Williams’ love of wrestling comes through in his art. We follow Joe Somiano, a life long fan who went from watching behind the guardrail to getting into the ring. Volume 1 is Joe’s debut in SPKO, the big leagues of SPKO. After a surprising debut, Somiano finds himself in Volume 2, selling his action figures … to kids who need something for Champion King Crown Jr. to beat up. Williams combines the glam of the Rock n’ Wrestling Era with the politics of the Attitude Era to create this world characters, trying to rise the ranks in the world of wrestling. 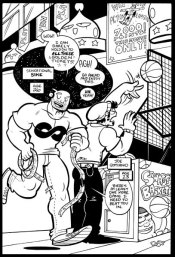 If Super Pro K.O. is the hit that it will be then you can follow-up with Super Pro KO: Neon. Neon is the Teen Titans Go! equivalent to SPKO’s Teen Titans. A 28 page collection of stories, SPKO: Neon follows our characters outside of the wrestling ring, using skills learned in training to stop a rude diner patron or hanging out at an arcade but with the same competitive drive found in the ring. This comic can only be ordered through Etsy but by the time it arrives, your wrestling fan would have finished both volumes of Super Pro KO. Neon would arrive just in time, like a Second Christmas miracle!